If you have not been filled in yet, the digital  Bitcoin is the attempt to create a currency on a virtual level, that’s right it’s a currency that has no physical representation. It has been released as a global currency designed to replace the physical Fiat Currencies. The problems and challenges that surround the life of the new “Computer” Currency is one of keeping it safe from Cryptic hackers with the highest level of internet security. One thing is for certain, the creation of this new Currency will hold many challenges when facing the strong but proven physical Gold and Silver Currencies. The currency however, has a plethora of advantages over it’s physical counterpart, as it costs money in electricity to create, it is virtual data, that you receive that will fluctuate in value to the markets liking.

The Death Of Paper Money 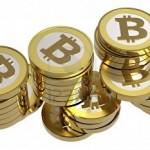 Paper Money and the costs incurred battling counterfeits can only lead finally to its demise. Computers are becoming far to powerful in today’s counter fit markets that eventually the methods used to keep paper currency legitimate will come to an end. The market is currently flooded with Currency fakes coming in from China, that are far superior to the fakes created right here in the United States. The devaluation formula for paper currency has allowed for the amount of fake currencies riding the market. This formula would no longer include this type of devaluation if the Bitcoin were to become successful.

The Dangers of Bitcoin Currency

Bitcoin is an elastic currency whereas Gold is not. We can not increase the supply of Gold on this planet, it is what it is and we can only revalue and reassess it’s net worth in today’s Market. The bitcoin however, can be created to infinite proportions making it extremely dangerous if its security is breached, therefore rendering its value as nothing if people can steal it at will. The digital decentralized currency was designed for trade amongst any nation in the world, fraudulent transactions involving digital currency would be tough to trace and prosecute. These are the dangers that surround a currency without a centralized issuer. I find it oddly ironic that the process of creating the digital currency is called “Mining” as the development of this currency will lead to the death of the Mine.

2 thoughts on “What is to become of The Bitcoin”