In case you’ve switched off from the world for the last six months, you’ll have heard of Bitcoin. There’s a good chance that you know what it is already, but for those of you who are unclear, or have never heard of it before, here is a simple explanation. Bitcoin is a decentralized cryptocurrency. That means that it’s not centralized like a fiat currency, like dollars or euros, and exists entirely digitally. 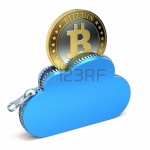 It’s value is determined by how much people are willing to pay and how difficult it is to create, and can be dealt on multiple markets. Transactions are encrypted, and when complete, people compete to de-encrypt the transaction. If you’re successful, you’ll be rewarded with bitcoins, thus creating more currency.
Myths:Bitcoin, being so unique and new, is also subject to many myths, because people will inevitably misinterpret or misunderstand what it is and how it works. So before you get cracking buying your bitcoins and investing in the market, you’ll want to know the facts from the fiction.
Bitcoin is not a fiat currency.

That means that it’s not recognized by any government as a legal form of currency.- Bitcoin is not a Ponzi scheme or a fraud. There’s no defrauding investors, and most money is made by treating it like a currency exchange or buying low and selling high.- Bitcoin is not guaranteed to succeed or to fail. Over the course of it’s history, Bitcoin has had record peaks and record plummets, but there’s no guarantee for it’s future.- Bitcoin is for not just for illegal activities. When Silk Road was closed down, Bitcoin did not die, and the number of legitimate businesses operating in Bitcoin is climbing.
Investing:So, now that you know the basics of Bitcoin, you’ll want to start your Bitcoin investment. To start off with this, you’ll need to pick an exchange to start buying on. There are multiple markets to choose from, including MtGox, Bitcoin Central, The Rock, or Bitstamp. On these markets, you can register, and start buying Bitcoins. The price will fluctuate, and even fluctuate between markets. You can trade over and back between markets to take advantage of price differences to draw a profit, or you can wait for the price to rise on your chosen market and then cash out. Some investment trusts also exist, like the Bitcoin Investment Trust, or BIT, which helps you follow the price movements of Bitcoin and handles all the awkward steps of buying and storing bitcoins.

Bitcoin is an exciting new investment opportunity for anyone looking to get involved in something with a lot of future potential. There are many misconceptions about Bitcoin and Bitcoin investment, but with the right tools and the right idea of what’s going on, you can make it a very profitable endeavor. There are multiple markets and multiple methods of making money out there if you want to take the plunge. It’s more of a speculation market than a true investment market, and should be dealt with carefully and knowledgeably.