The currency market or the Forex market is an awesome marketplace that’s shown to be the biggest and most lucrative market on the globe. We find investors from all over the world trying to get engaged in this trade. It is important to state here that happenings in one little corner of the world can affect the exchange rates and currency values. This article will expose Forex Market Important Economic Indicators. 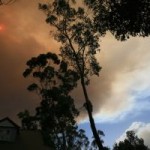 In almost every country, we are faced with the issue of election and its impact on a nation’s currency in relation to others. Traders on various floors view an election as a miniature case of an impending political instability and uncertainty, which immeasurably equals increased volatility in the worth of a nation’s Currency. We find traders looking at pre-election predictions/forecast to give them a vivid picture of what they might be looking out for. When a government changes in a country, this could translate into meaning a lot of things like a shift in ideology for the country, which could mean an alteration in fiscal policies/monetary policies which are major drivers in exchange rate determination. Sometimes we are faced with losing a pro-economic figure in a government, and investors could sell out the currency for fear of a gloomy short term forecast in a verge of his exit.

When we experience unplanned elections in a region, this tends to create an air of low confidence amongst speculators, and this could hamper confidence thus creating damage on a currency. In cases where we see citizens protest, work disruptions etc. We tend to see great volatility during periods like that as we see a surge in political instability. We still find market watchers acting weird to good news like a dictatorship regime that’s giving way to much attention to a democratic government. We discover that the currency still suffers huge losses but primary valuation factors will prevail and we’ll see the currency settle back at a rate that’s indicative of the region’s economic growth forecast. As far as important economic Indicators are concerned I rank political regimes to have the most effect on Forex Market Profits.

We’ve seen how drastic damages from natural disaster can be, and the economic impact it takes on the life of its citizens. Disasters can take the form of earthquakes, hurricanes, tsunamis, volcanic eruptions etc. We know how damaging the after effects of disasters can be on infrastructures and the economy as well. In addition to this, we also experience a sense of uncertainty that comes after disasters. This just adds up to the whole scene and its bad news for a currency.

We find cases where some countries try to manipulate their currencies in a bid to get some undue advantages in the global exporting market. This is normally like a war on the currency market. This is a vital indicator that traders look out for when trading the markets.

We now are aware that many important economic indicators do affect the Forex market. The vital notes to take off this article is that most of the value seen in a currency can be derived off its economy and as such any future outlook that looks gloomy would see investors rallying against the currency. Yes, it is hard to plan for the unknown in the currency market, a well-informed investor will act swiftly to global events.