In today’s world we see the word “PIP” used in several places, so what is a PIP you might ask? Shopping for televisions you will understand it as a “Picture-In a “Picture”. With some fruits such as apples and pears, you will find it used to represent the seed or pit. But what is a pip in Forex trading?

In our business it represents “Percentage-In-Point.” and is used to quantify a currency rate to a very detailed and small amount well below whole numbers. Different currencies are traded around the world and using this system helps equalize each currency against the other for much more accurate measurement. 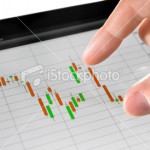 As an example, when trading the U.S. Dollar, the pip is the smallest amount by which it may be traded against another currency, in this case $.0001! Other currencies using other types of units but using this system of pips helps to bring about nearly exact exchange rates by considering both currencies to such a small unit of measurement.

Additionally, trading down to such a small unit or pips helps protect investors from huge losses by allowing specific places for trades to occur. Instead of waiting for a whole number such as 1, or even 5 dollars, for instance, when the market reaches a specific small unit, trades may occur. If a trader can trade the dollar down to 1.0001, it is easy to see that large volumes of dollars trading at 1.0001 instead of at the next whole number, $2.0 can mean vast amounts of money are at stake.

Trading one whole unit of one currency may result in very many whole units of another currency. Since one dollar may represent hundreds, thousands, or even more of another currency, using pip increments helps match the currencies together and maximize the attempt to equal one to the other exactly. Once we identify the two currencies and use pips to match up the values of each to such an exact degree, it becomes a small step to use the system itself to identify and quantify a trade between currencies!

An example of this, if a trade is being conducted between the U. S. Dollar, and the Euro, the Euro will trade down to .0001 and so will the U.S. Dollar. By using this system, if the Euro is trading at 1.0000 to the dollar $1.3000, we can easily follow that if the price of the dollar changes to $1.3010, and we use our system, the price of the dollar has changed by 10! Using this system we may understand the difference between the currencies to a very intimate level and use that to quickly and accurately make trading choices. If the Euro is trading at 1.000 and the dollar goes from 1.3000 to 1.3010, we can now say that the dollar has changed 10 PIPS! Understanding the values of each currency to such an extent allows much greater and exact trades. What is a PIP has many different meanings, but in Forex Trading it is the key Indicator in identifying two currencies together to quantify the trading of currency pairs.